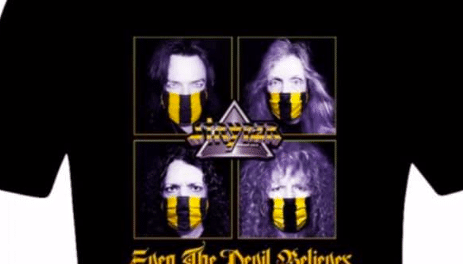 It seems that some people will criticize artists for just about anything as Stryper frontman Michael Sweet revealed that the group apparently lost a long-time fan given that a photo of the band members wearing masks was included in the inside of their critically acclaimed album Even The Devil Believes. Stryper‘s latest studio album was released via Frontiers Music Srl on 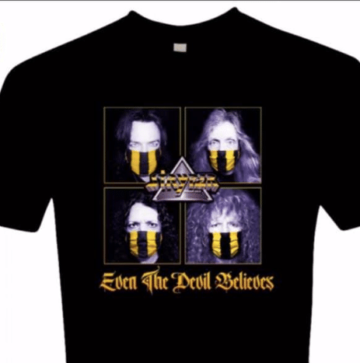 September 4, 2020, which is about six months after the Covid pandemic shut down literally the entire world. Even The Devil Believes finished at #2 on the Sleaze Roxx’s Top Ten Albums of 2020.

“We live in very interesting times for sure. We wore masks for the inside photo of our “Even The Devil Believes” album. This photo was taken almost a year ago.

Whether you believe masks work or not, we wanted to make a statement that we were and are doing our part. These masks were custom made for us and we thought it would be a cool way to incorporate our theme/brand into the album while being responsible human beings. We also wanted to showcase the hand made masks that were lovingly and thoughtfully made for us.

This isn’t a political statement – it’s a humanitarian statement. Nothing more, nothing less.

The Centers for Disease Control and Protection‘s website indicates that wearing a mask helps slow the spread of Covid-19, and that when you wear one, you protect others as well as yourself. 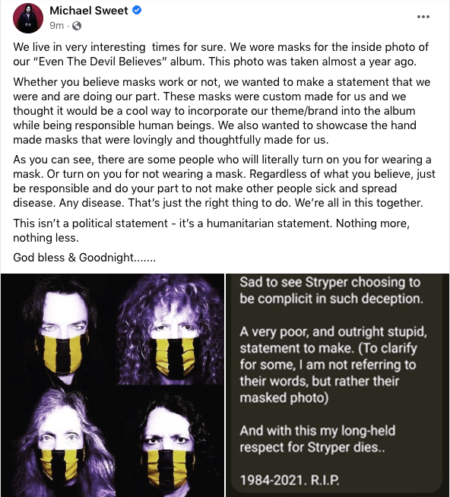