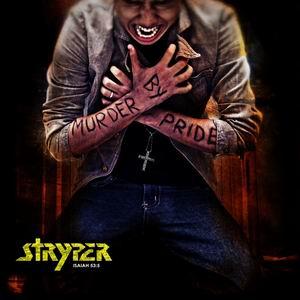 Ed Condran of APP.com reports that faith has helped Stryper make it through the good and bad times. During their mid-’80s heyday, the metal musicians sold millions of albums, but their Christian faith helped the group avoid temptation. During recent years, their strong belief in God has enabled the band to deal with the loss of vocalist-guitarist Michael Sweet’s wife Kyle’s death. She succumbed to ovarian cancer in March.

“It’s been very difficult for Michael and the band,” guitarist Oz Fox said while calling from Los Angeles. “Kyle went through a lot, but she’s with God now.”

Kyle Sweet’s battle with cancer delayed the band’s latest album, “Murder By Pride.” The band started recording in 2006 but delayed the production due to Kyle Sweet’s diagnosis.

“Michael had to deal with his wife and family and make sure that everyone was all right,” Fox said. “It was perfectly understandable. The band had to wait.”

Kyle Sweet bounced back after surgery and treatment during the summer of ’07 and the band went into the studio in September of that year.

“Michael was in good spirits,” Fox said. “Kyle was all right then and he came back with a vengeance. He was so full of joy and excitement.”

That translated into the new music, which is full of empowering, upbeat Christian metal.

“We were so pumped up making this album,” Fox said. “Kyle was doing well and we love the new material.”

“Peace of Mind,” the Boston classic, is the lone cover on the album, released in July. That seems fitting, because Michael Sweet was recruited by Boston to tour with the band as vocalist.

“That worked well since Sweet has the range of (late Boston vocalist) Brad (Delp),” Fox said. “But Michael wanted to do “Peace of Mind’ long before he toured with Boston.”

A quarter century has passed since Stryper formed, but the group — whose members include bassist Tim Gaines and drummer/Michael’s brother Robert Sweet — plans on sticking around for many years to come. The act is scheduled to perform Saturday at the Stone Pony in Asbury Park.

“I don’t see any reason why we should slow down,” Fox said. “God is leading us to do this. As long as that’s so, we’ll continue playing together.”