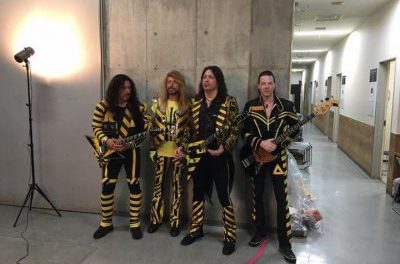 It is no secret that Stryper will be celebrating the 30th year anniversary of the release of their breakthrough album To Hell With The Devil by doing a fall tour later this year. 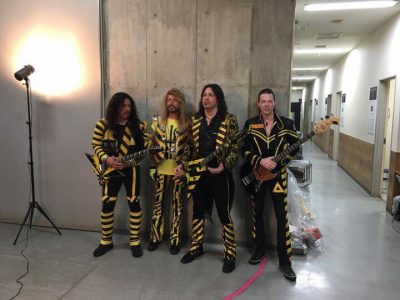 However, at a concert at the Exit/In in Nashville, Tennessee, USA on June 8, 2016, Stryper‘s frontman Michael Sweet provided details of the group’s fall tour.

Sweet stated as follows: “Now listen, you may have noticed tonight that we are not playing — we haven’t played any songs from To Hell With The Devil. Have you noticed that? Yes? Do you know why? I’ll tell you why. We have those songs. We’ve been playing them too long. No, the truth is — the truth is that we are going to be coming back later in the year from September to November and we are going to do. We are going to celebrate the 30th anniversary of that album. So we are going to do it from beginning to end. Five times! Just once. Here’s the cool thing alright? Now, this is going to be either really cool or really weird. I think it’s cool. It’s actually fun and a lot hotter. We’re going to be putting on the original outfits as well so we’re going to be giving you the style and the look from 1986’s To Hell With The Devil. What do you think about that? Now I want to know tonight. How many people are going to come check that out? How many? Alright! I’ll be looking for all of you when we come to town, ok? Between September and November, we’ll be announcing that soon…. So we’re looking forward to it! We’re excited…”

Stryper Talks About The 2016 Fall Tour