Stryper frontman Michael Sweet has yet another project as he is teaming up with L.A. Guns guitarist Tracii Guns and drummer Shane Fitzgibbon to record an album under the name Sunbomb, which will be released via Frontiers Music Srl. 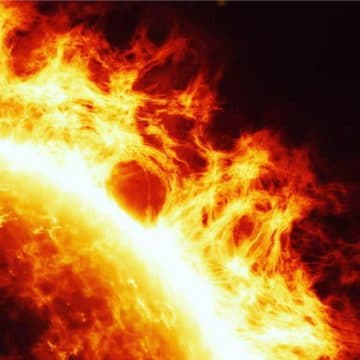 Sweet is one of the busiest musicians out there with his solo career, leading Stryper and combining with other musicians such as guitarist George Lynch in Sweet & Lynch.

“So , I’m in the middle of making the metal record I would have made when I was 17 years old . The band is called SUNBOMB. I really want to thank @michaelhsweet for making this a reality and of course @FrontiersMusic1 we are on instagram @sun_bomb“

Sweet responded with the following tweet later that day (without the symbols):

“I’m excited to be a part of it Tracii  Who would have thought when we were young that we’d be working together. Thank you for trusting me with the vocal duties  SUNBOMB is gonna be Bomb” 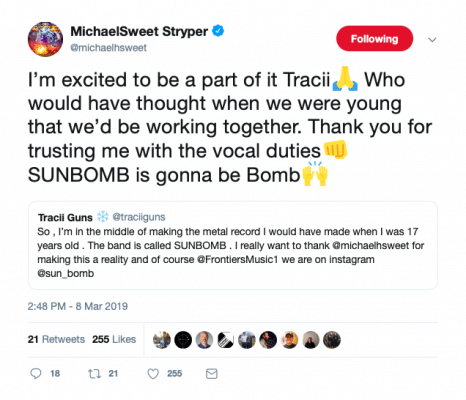