Stryper have announced that they have released brand new in-depth bios for each band member on the group’s website. 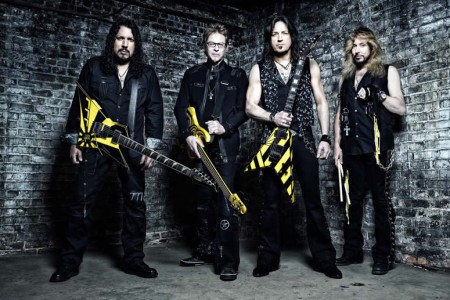 The group posted the following message on its Facebook page yesterday: “We’re pleased to announce that all new bios for Michael, Robert, Tim & Oz have been released! When you have a chance, check them out as they are quite in-depth and you may very well learn something you never knew before! Each bio has also been enhanced with some new photos and links to each guy’s social media platforms.”

Adds Michael: “The goal right now is to go and tour this year heavily in support of Fallen. We’re gonna do a 30th anniversary celebration, possibly with To Hell With The Devil, and then we’ve got an acoustic album, which will showcase a different side of Stryper. There’s so much going on my head’s spinning, but I can’t wait!”