Christian heavy metal rockers Stryper have a treat for their fans as they will be releasing The Roxx Regime Demos in limited edition vinyl on January 15, 2019. 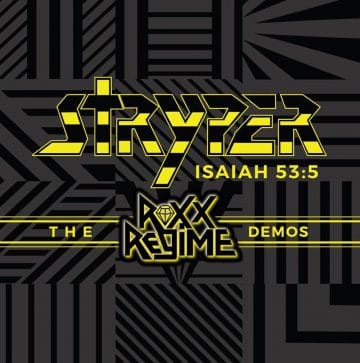 “Before we were Stryper, we were Roxx Regime.

As Roxx Regime, we created songs and music that would become the signature Stryper sound.

On July 7 of 2007, the Roxx Regime Demos were officially released on CD.

To celebrate the 20th Anniversary of Stryper.com, we are re-releasing the Roxx Regime Demos… on vinyl!

The album will feature the eight original tracks… plus 3 alternate demos that have never been released!

Production will be limited to only 1,000 copies and feature new cover artwork.

This extremely limited-edition release will also be pressed on colored vinyl!

The vinyl color is randomly selected, and vary throughout.

A new Stryper Limited shirt will also be unveiled for the release!

On sale exclusively at Stryper.com on January 15th.”