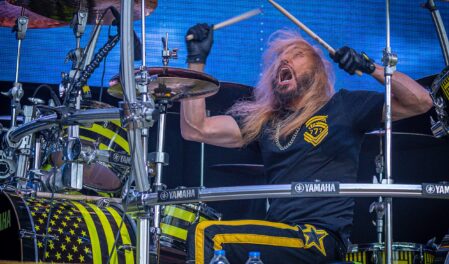 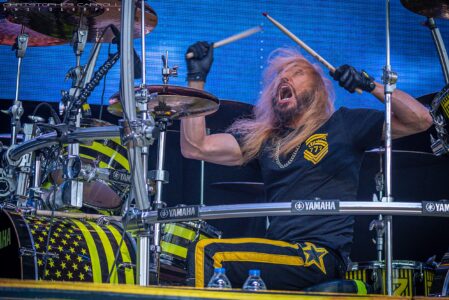 “Stryper have established some new Sleaze Roxx records this year including being the only band to snatch the #1 spot on a Sleaze Roxx Readers’ Top 20 Albums of the Year on two occasions. The Christian rockers took top honours back in 2013 with their very good record No More Hell To Pay. Seven years later and with two albums in between, Stryper took back the Sleaze Roxx readers’ top spot with their latest record Even The Devil Believes. The band had some stiff competition this year as it edged out Australian legends AC/DC by only five first place votes or 25 points.

Another Sleaze Roxx record established by Stryper this year is achieving the most points ever with 1,160 which is 10 more than Hardcore Superstar gathered back in 2018 when they landed the #1 spot on the Sleaze Roxx Readers’ Top 20 Albums of 2018. Stryper were also very close to matching the yearly double achieved by KIX back in 2014 when the former’s comeback album Rock Your Face Off landed #1 on both the Sleaze Roxx and Sleaze Roxx readers’ year end lists. As it turns out, Stryper took the #2 spot on the Sleaze Roxx’s Top Ten Albums of 2020. It helps of course that Stryper have been putting out some of the best records of their career in the last eight years or so. Even The Devil Believes is arguably their best album since reforming back in the early 2000s and quite possibly their best ever. Stryper continue to amaze and unlike most of their ’80s contemporaries, their new material is just as good, if not better, than the songs that helped them reach platinum level album sales back in the ’80s.”