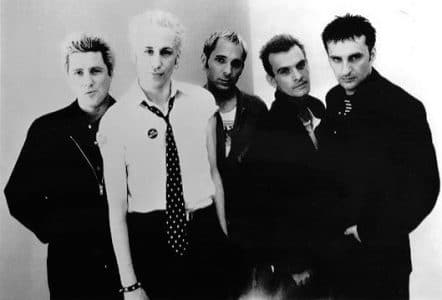 Suckerpunch featuring Junkyard guitarist Tim Mosher and drummer Patrick Muzingo will be reuniting to play a show for the first time since 1996 at The Viper Room in West Hollywood, California, USA on February 2, 2019.

Get your tickets now cause this will sell out!”

Suckerpunch‘s “Story” on their Facebook page states (with slight edits): 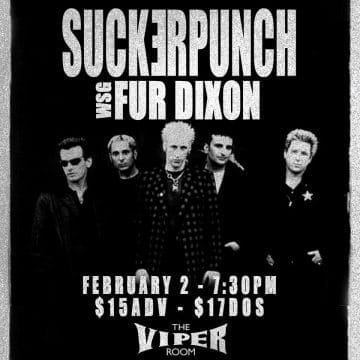 After recording a series of demos with producer Julian Raymond (Glen Campbell, Fastball & Cheap Trick), the band was signed to 510/ MCA records in 1996. The self titled debut was released the same year and was produced by Stoker (Specials & Dance Hall Crashers). The band toured the US in support of the record, opening for the the likes of Cheap Trick, Social Distortion, Bad Religion, Youth Brigade, Neurotic Outsiders and Blink 182.

The initial run for Suckerpunch might have been a short one but the impact of the record has endured and overtime has earned a cult following among punk/rock fans.

In 2017, Cleopatra Records re-released the bands record (along with bonus tracks) and at long last a reunion show has been booked! Stay Tuned….”