Norwegian sleaze rockers Suicide Bombers are finalizing their new studio album, which will be released in September 2019. 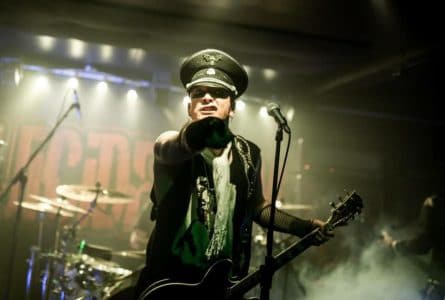 “Just put the finishing touches on my last guitartracks for the next SUiCiDE BOMBERS record. They all sound great! Got a slimy throat and stuffed nose, so since singing is out of the question anyway I’m going out to celebrate! Fuck yeah!

Someone then asked Doll when the new Suicide Bombers album would be released to which Doll replied: “Sept 2019.”

“I really like that the Suicide Bombers kept things simple with their songs by really building and capitalizing on simple guitar riffs, giving the listener the time to hear Dolls vocals and simply not overplaying on any of the songs with over the top 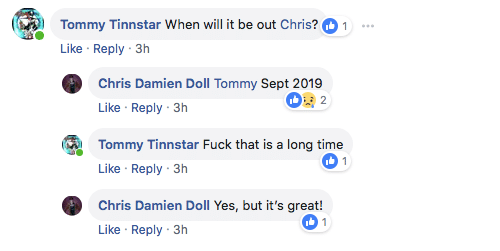 guitar solos or anything like that. It’s like if there was a conscious effort to really put the songs first ahead of anyone else. My one beef with Suicide Idols is that I find that the best tracks are the slightly upbeat ones like “Suicide Idol,” “We Got Tonight” and “Keep An Eye On You.” For the rest of the songs, Suicide Bombers deliver catchy songs that will likely have you singing along at some point but it seems the brakes on those tracks were applied a little bit too much. I am pretty sure that if I was to see the Suicide Bombers play live, tracks like “Ready For Tonight,” “Generation Kill” and “Next World War” would all be sped up for the occasion. It’s kind of like KISS‘ slowed down versions of their now many classic tracks on their first three studio albums that simply come alive (pun intended) on Alive!, which was their breakthrough record. The contrast is likely not as sharp for Suicide Bombers but had most of the songs been sped up even a smidgen, it would have made them even better.”