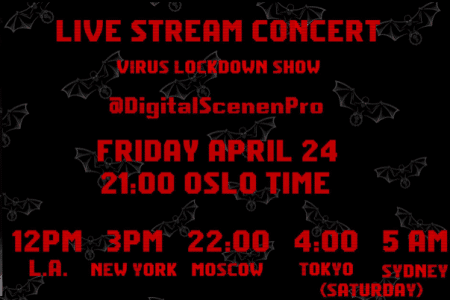 “As much as Tesla‘s #17 finish has to be viewed as a disappointment, the Suicide Bombers‘ #18 finish is cause for celebration. The Norwegian sleaze rockers have improved on every one of their four studio albums to the point that their latest studio album Murder Couture snuck into the Sleaze Roxx Readers’ Top 20 Albums of 2019. It’s worth mentioning that Murder Couture also made the Sleaze Roxx’s Top Ten Albums of 2019, which really just cements how good the record is. The Suicide Bombers led by frontman Chris Damien Doll have always put a premium on presentation with some of the best album covers around but now the music has caught up to the image and presentation. It will be interesting to see if the Suicide Bombers can keep their steady climb in popularity going with their next record. The way that the Suicide Bombers keep improving, and since their overall sound doesn’t deviate that much from one album to the next, I have little doubt that their next studio output will be even better than Murder Couture.”