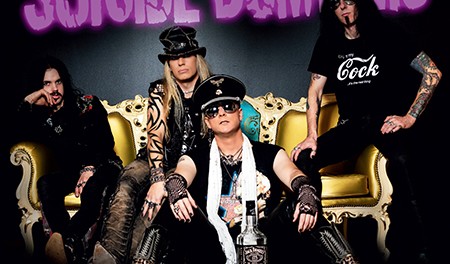 Glam metal band Suicide Bombers‘ frontman Chris Damien Doll has announced that the group is working on a new album which includes a song entitled “Ready For Tonight” which will be released in late summer / early fall 2016. 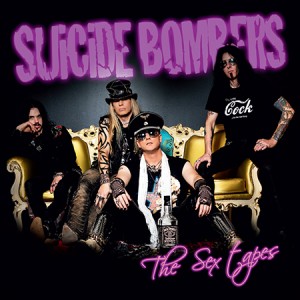 The following message was posted on the Suicide Bombers‘ Facebook page earlier today:

“We’re back! The XXXcitement is exhilarating! Here’s an update to let you know some of the stuff we’re working on at the moment …over & motherfucking out!”

Based on the video below, it appears that the Suicide Bombers will be releasing nine more videos.

Sleaze Roxx stated the following in its review of the Suicide Bombers‘ The Sex Tapes: “Ladies and gentlemen. Boys and girls. I introduce to you the newest, greatest and the sleaziest hard rock band in the known free and not so free world: the Suicide Bombers. Hailing from Oslo, Norway and dripping with swagger, sex appeal and more talent than a body has a right to have, the sleaze merchants in the Suicide Bombers deliver and deliver in spades with The Sex Tapes. The Sex Tapes is as tight and as perfect an EP as any other I have heard. Not only do the six tracks drag you through the mire and leave you begging for more (so much more), but the mastermind behind the Bombers, Chris Damien Doll, ups the bloody ante and says “Fuck it! Let’s not only blow away the masses with a killer EP, but let’s toss in between each track poignant dialogue that makes this lil’ EP bloody epic!”. A be damned concept EP! I know — right freakin’ on!”