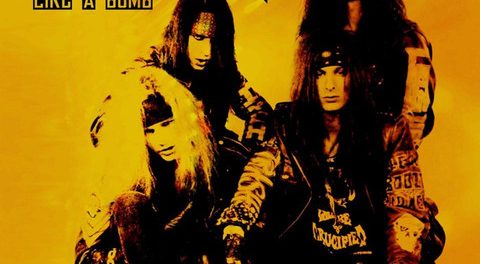 More than twenty five years after first playing the Sunset Strip and living the life, Legs Up have an album representing their musical career, which is entitled Like A Bomb. 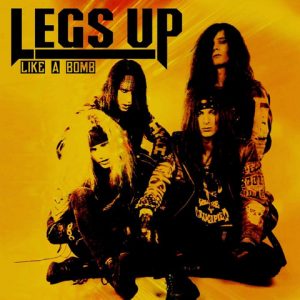 “Demon Doll Records and Metal Legacy Records have joined forces with lead vocalist Chris Childs in order to bring you the definitive Legs Up collection. Built on 4 years of blood, sweat and tears, the band reined terror on the Sunset Strip to be remembered as one of Hollywood’s elite!

The boulevard was their home and they walked the streets with a chip on their shoulders and cold blood in their veins delivering a sonic assault not duplicated by many.

Whether it was winning the coveted Bill Gazzari‘s “star” award for being one of the top drawing bands in Los Angeles or hitting the road to bring their ferocious attack to every state in the union, Legs Up were armed and dangerous!

Their take no prisoners’ mentality led to one infectious song after another. “Like A Bomb: Bang, Bang”, “Burn It Down” and “Take Me To The City” are prime examples of their in your face attitude and also a look into their sleazy sex driven minds.

Finally after more than 25 years, Legs Up is represented the right way and in the spotlight they deserve. With a silver pressed (replicated CD), a full booklet with lyrics and bio as well remastered tracks from Lance V., the band is once again poised to win over even more fans than ever before.

If you love your Glam and Sleaze in the vein of W.A.S.P. – then you will not be disappointed!!

Pick up your copies today as this one will be flying off the shelves! Shipping worldwide.

Legs Up‘ Like A Bomb can be purchased directly from Demon Doll Records.