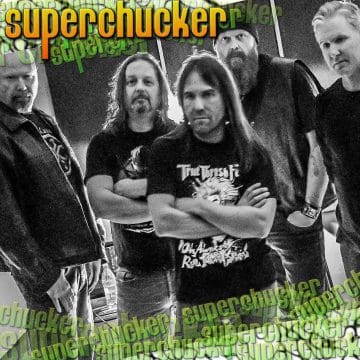 “Ever since he was a kid, Dave has always wanted to be singing in some form or another. As Dave says,

“Singing is a storyteller’s way just put to melodies and tones condensed to 5 minutes plus. Listening to the emotions of songwriters in some strange way made life bearable, knowing that others felt the same way I did.”

Growing up, Dave took music classes in school and put together a band with a group of friends. Even though it took forever to write and play five songs and get them down enough to be performance ready, Dave was driven to get things right. He took opera lessons after school for about 6 months, to develop his breathing control.

Dave’s love for hard rock began when he was introduced to bands like Toronto, Headpins and April Wine by a close friend. He remembers “the sheer shock and awe that came to me when I saw my first metal show: The Scorpions with Quiet Riot, Helix and Kick Axe. That show paved the way for me to forever love this style of music, and the theatrics and showmanship these bands were known for.”

Dave has been singing for over 25 years, and has had the privilege to open for such great bands as Testament, Dragonlord with Eric Peterson, The Gathering, Anvil, Exciter, Metal Mike, and Dio Disciples with Craig Goldy, Scott Warren, Tim ‘Ripper’ Owens, Rudy Sarzo, and Vinny Appice.”