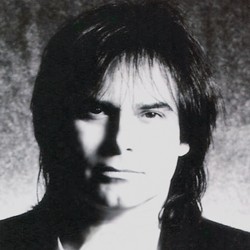 Jimi Jamison, lead singer for the band Survivor, passed away Sunday night at the age of 63.

“We are saddened and heartbroken to announce the passing of a great musician, loving father and grandfather, and overall extraordinary, giving, and kindhearted human being,” read a statement on the musician’s Facebook page. “He’s loved by so many, most of all his family, and he will be incredibly missed by all. Please keep his family in your prayers, and please give them the privacy they need during this extremely difficult time. Thank you all for your condolences and kind words.”

“The entire Survivor family is very shocked and saddened by the passing of our brother Jimi Jamison. Our thoughts, love and prayers go out to his family and friends,” said the remaining members of Survivor.

Beginning with the nationally acclaimed band Target in the 1970s, Jamison continued his rise to stardom with Cobra through the early ’80s and in 1983 joined Survivor, who had tasted success with “Eye Of The Tiger”. Survivor’s first album with Jamison, 1984’s ‘Vital Signs’, achieved multi-platinum status with a string of hit singles that kept Survivor on the charts for over 40 weeks in 1984 and ’85. It was their established AOR airplay and Billboard Top 20 hits; “I Can’t Hold Back”, “High On You” and “The Search Is Over” which reached #2 on the hot 100, that kept Survivor at the top of the record and concert business.

While the band continued to tour worldwide, they managed to take time out to record “Burning Heart”, the title track for the movie Rocky IV. The song went all the way to #2 on the Billboard Hot 100 charts, propelling the soundtrack album to multi-platinum status. It was 1987 before Survivor had time to stop and make another record, ‘When Seconds Count’, that contained yet another top ten single, “Is This Love”, which stayed in the top 10 for several weeks.

In 1988 Survivor released their seventh album, ‘Too Hot To Sleep’. Although not the huge commercial success of some of their other efforts, it is still considered by many critics and fans alike to be one of Survivor’s best. Shortly after this release, the group decided to pursue various solo projects. Jamison, while touring and recording with his own band, was tapped to sing the theme song “I’m Always Here” for the hit TV show Baywatch.

In November 2011, Jimi Jamison rejoined Survivor, after leaving the band after the release of ‘Reach’ in 2006 to focus on his solo career.

In addition to his career as a lead vocalist, Jamison also made six music videos and multiple television appearances. He served on the Grammy Awards Committee and was a member of AFTRA, SAG, and NARAS. The musician also performed back-up vocals for recordings by ZZ top, Krokus, Jeff Healy Band, and numerous other recording artists.

Several musicians have shared their condolences on Jamison’s passing. Loverboy frontman Mike Reno says, “This one is especially hard for me as he was a brother to me and I loved him dearly. I am in shock right now as I’m sure many who knew Jimi are. We will miss his huge heart and beautiful smile, not to mention his awesome voice and great song writing talent. I’m gonna miss you buddy. We are all gonna miss you.”

“A brilliant singer and a beautiful soul. We’ll miss you Jimi. God Speed,” says Kip Winger. “I’m without words right now, every time I saw Jimi, he seemed healthier, stronger and singing better than ever,” continued Jeff Scott Soto. Robin McAuley of MSG fame added, “My deepest sympathy and prayers go out to his family and to my Survivor family that I worked with for a number of years.To all the Survivor fans, my thoughts and prayers are with you also as Jimmy was one of the greatest and much loved by you. His amazing voice will live on in those unforgettable songs that I had the honor of performing.May God in Heaven rest his dearly departed soul.”

“A sad day in Memphis music, our great friend and fellow Memphis musician Jimi Jamison has passed,” said the members of Tora Tora. “He was a great man and he will be missed dearly by friends and family. It was an honor and a privilege for Jimi to take time to work in the studio with us. A lot of the magical background vocals on many Tora Tora tracks were Anthony (Corder) and Jimi harmonizing together. He was the only man in town who could harmonize with Ant. His talent will never be surpassed.”