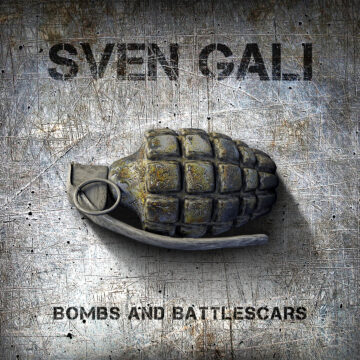 Canadian rockers Sven Gali consisting of lead vocalist Dave Wanless, guitarists Andy Frank and Sean Williamson, bassist Shawn Minden and drummer Dan Fila have unveiled a video for their new single “Monster” from their upcoming new studio album Bombs And Battlescars, which will be released via RFL Records presumably in 2023.

Sleaze Roxx stated the following in its review of Sven Gali‘s previous EP 3, which was released in June 2020:

“Overall, I am glad to see that Sven Gali are finally on the verge of releasing their third album. Unfortunately, the songs on the EP are really nothing like what can be found on Sven Gali‘s debut album and that’s a real shame since trying to bring grunge like material to a “hair metal” crowd just isn’t going to cut it. What I have to come to terms with is simply that Sven Gali are presumably playing what they like with the songs on 3 and they will likely never get back to the type of material that put them on the map in the first place.”