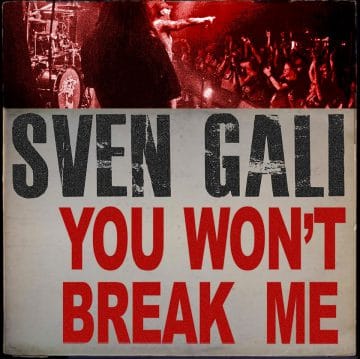 The group’s Biography as outlined by Music Legends Online indicates (with slight edits):

“Sven Gali are a hard rock/heavy metal metal band which originally started as a cover band in 1987 in Hamilton, Ontario, and Niagara Falls, Ontario, Canada. The 2018 line-up includes all three remaining original members: Dave Wanless (vocals), Andy Frank (guitar), Shawn Minden (bass) as well as new member Dan Fila (drums). Sven Gali played covers locally for several years. In 1989, shortly after changing their setlist to 20% covers and 80% originals, drummer Steve Macgregor left the band he named and formed and was replaced Rob MacEachern. Sven Gali earned a reputation for their live shows. On the strength of their original songs and live shows, they were signed to BMG Canada, after playing some key gigs in New York and Los Angeles. They were signed to a seven-album contract, with international release through BMG subsidiary Ariola.

As they began recording an album, the band collectively decided to fire MacEachern and hire on former Billy Idol drummer Gregg Gerson. Gerson, their third drummer, had previously played with Roger Daltrey, Mick Jagger, and Mick Jones. With this new line-up intact, they released their debut album in 1992. Sven Gali was produced by BMG Canada’s David Bendeth. The album included the singles and videos for “Under The Influence”, “Tie Dyed Skies”, “In My Garden”, and the ballad, “Love Don’t Live Here Anymore.” It included a cover of the Teenage Head song “Disgusteen” featuring guest vocals by Frankie Venom. The band made four music videos, all of which were on regular rotation on Much Music. The video for “Under the Influence” won the Much Music Best Metal Video award in 1993. Sven Gali eventually went gold in Canada. In 1992 through 1994, the band toured Canada and the USA, Germany, Belgium, Ireland and the UK, headlining and supporting acts including Wolfsbane, Foreigner, Meatloaf, April Wine and Def Leppard.”

You Won’t Break Me (Audio)