Great news for fans of Swedish metal band Dynazty as the group has apparently just completed its latest studio album with a release date aimed for the fall of 2018. 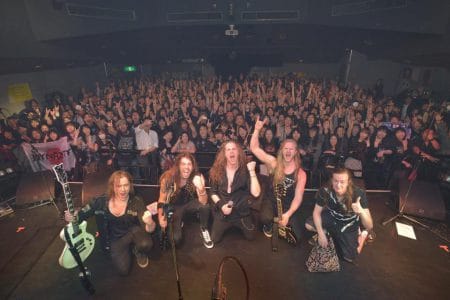 The following message was posted on Dynazty‘s Facebook page yesterday (with slight edits):

Our latest, and in our humble opinion, strongest effort yet has been completely finalized and delivered!

Preparations for a autumn 2018 release are well under way.

Get a sneek peak and enjoy the creativity, stupidity and awesome of the recordings by watching the video log from the studio in the link below!

DYNAZTY – Behind Closing Doors – An album in the making 2018