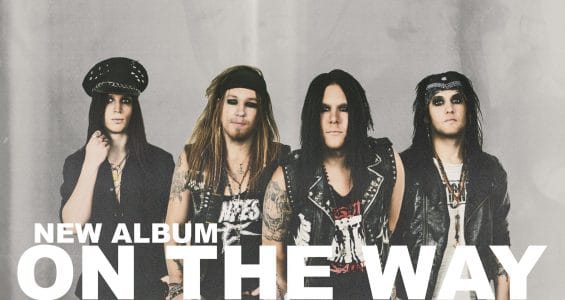 The following message was posted on Confess‘ Facebook page yesterday:

The album will be out on digital platforms all around the world on March 1 and on CD March 3 via SG records.

And for the first time ever we’ll be releasing an album on vinyl via Diabolic Might Records on March 10 ( first 100 copies will come in a colored special version) pre order links will soon be posted.

If that wasn’t enough we’re releasing the single “Strange kind of affection” on January 25. Suck on that…”

Sleaze Roxx stated the following in its review of Confess‘ last studio album Jail, which ended up landing the #13 spot on the Sleaze Roxx Readers’ Top 20 Albums of 2014: “Wrapping it up, Confess kick ass — there really isn’t much more to say about them. If you are an ’80s metalhead, grab this album. You will swear it was released during that decade, and even though it wasn’t this band has it right. Sex, drugs, and metal! I would be ecstatic if Confess charted in America, it would mean that everyone here woke up and remembered what real music was.”