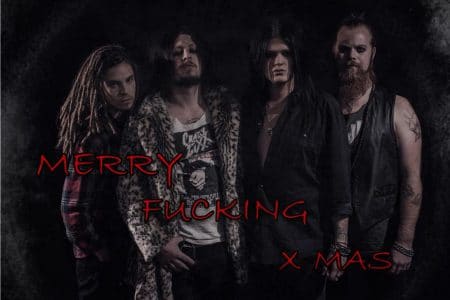 The group recently introduced its band members as follows via its Facebook page:

Bassist John “Strindberg” Florén — When I don’t play the four string I love to make some pancakes and watch Netflix. Born and raised at the west coast, makes me a virtuoso of bad jokes. I may look fucked up but actually I’m an quite nice guy…

Lead vocalist Patrik DeChrist — Im one of those hopeless dreamers ya know? Thinking that one day, is gonna be my day. So I chase the dream and when I dont, I work my ass off and pay my bills.

Guitarist Calle “CK” Lindberg — “A guitarist is a natural show-off, but the key is sometimes to take a step back and let the song breathe”, or so I’ve heard. I don’t know who to quote on this, and I’m still trying to figure out what it means…

You can check out Parasite‘s In The Fast Lane on Spotify.