Rebel Mistress have unleashed their video for their song “Let It Rain” from their sophomore EP entitled Restless Minds, which was released back on December 11, 2015.

Sleaze Roxx stated the following in its review of Restless Minds: 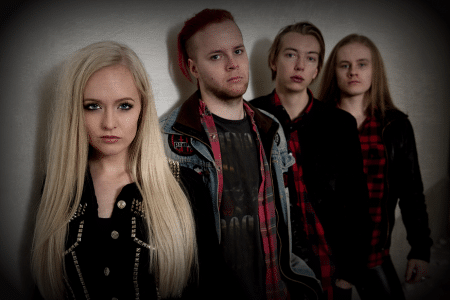 “When I reviewed Rebel Mistress‘ debut EP, I had a hard time pinpointing exactly which band that the group sounded like but now I know. Rebel Mistress sounds like Rebel Mistress. The group has its own sound starting with lead vocalist Marielle Tengström‘s Swedish accented English singing — which I really like — highlighted by some solid guitar licks but this time coming from new guitarist Johan Jönsson who surprisingly replaces band founder Daniel Westerlund just months after I interviewed the entire band. The result is a less guitar heavy album as there seemed to be more emphasis on Westerlund‘s guitar licks on Rebel Mistress‘ self-titled debut EP.

The one track that stands out on Restless Minds is “Let It Rain” which has an infectious memorable guitar lick, highlights Tengström‘s vocals and has a catchy chorus. A great track from start to finish and I hope that this is the song for which Rebel Mistress recently shot a video for and which will be released early in the new year.”