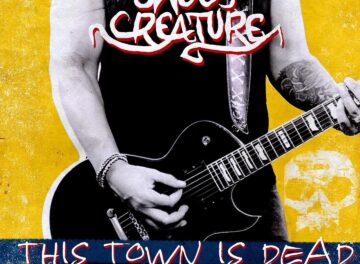 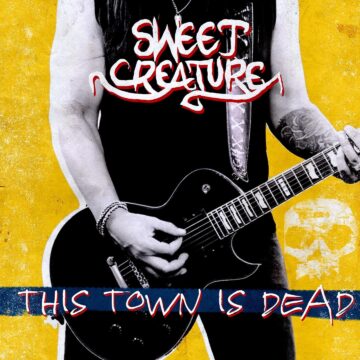 Sweet Creature featuring Crashdïet guitarist Martin Sweet have dropped a second video this month and this time for their new single “This Town Is Dead.” The video was directed, shot and edited by Jimmy Johansson.

Sweet Creature‘s debut album The Devil Knows My Name finished at #1 on the Sleaze Roxx’s Top Ten Albums of 2016. Sleaze Roxx stated in its review of the debut record:

“I really like that Sweet was able to restrict himself to only nine songs for Sweet Creature‘s debut album since all nine tracks are really good. I had been listening to this album pretty much non-stop before leaving for the Rock N SkullFestival at the end of last month. Upon coming back, I wondered to myself, “Is Sweet Creature‘s album as good as I think it is?” I applied my sure fire test to weed out an album. I played a record from another band that I really really like before putting on Sweet Creature‘s The Devil Knows My Name. All I know is that The Devil Knows My Name hasn’t left my CD player since.

Sweet has delivered one of the best albums of the year with Sweet Creature‘s The Devil Knows My Name. I dare you to listen to the album at least once in its entirety and not get sucked in by its sheer brilliance, great melodies and innovativeness. Listening to Sweet‘s great vocals on The Devil Knows My Name, I can’t help but be puzzled on why Crashdïet have been unable to continue when the lead vocalist that they are apparently and presumably searching for is already in the band.”