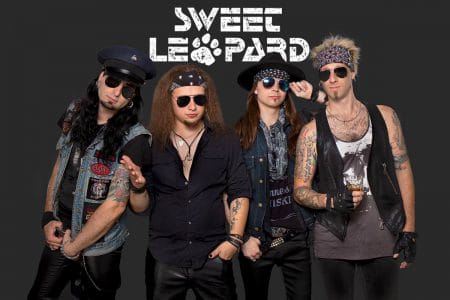 The following was posted in part on Sweet Leopard‘s Facebook page earlier today:

For the first time you can see new Sweet Leopard at 30th of June in Vendryně.”

Sweet Leopard‘s “I Was Born For Rock’N’Roll” video:

This is the official video clip of the band Sweet Leopard. Video clip for the single I Was Born For Rock’n’Roll. Created in summer 2015. Band: Sany Angelo — vocals, acoustic guitar Michael Kit — guitar, backing vocals J.C.