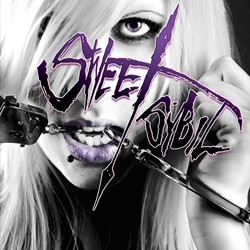 Eonian Records are set to release Sweet Sybil’s self-titled debut on July 13th. The new CD will be available for purchase at Eonianrecords.com

Similar to Guns N’Roses, Van Halen, and L.A. Guns, Sweet Sybil’s calling card was raw sexuality and sleaze with a wall of full sounding, in your face street metal.

As a favor to a local promoter, the group entered a legendary Chicago battle of the band’s contest. The announcer was given a set list and mistakenly announced the band as Sweet Sybil, the first song on the list. The band won and the erroneous name change stuck. Sweet Sybil has opened on a string of tours, opening for such acts as Extreme, Alice in Chains, Enuff Z’Nuff, Dirty Looks, and King’s X just to name a handful.

Sweet Sybil’s Eonian debut features four singles: “Remember When,” ‘#69,” “Someone In Your Eyes,” and the standout “Alone With You” produced & engineered by Johnny K. (Disturbed, Avenged, and Sevenfold.)