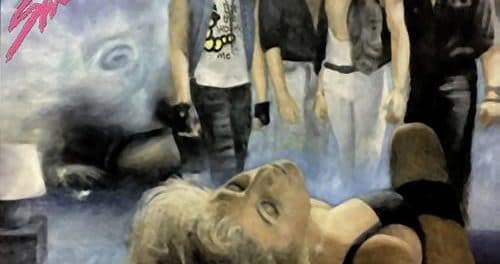 Eighties era rockers Sweet Teaze‘s album Do It Till It Hurtz just got reissued with ten bonus tracks via Demon Doll Records. 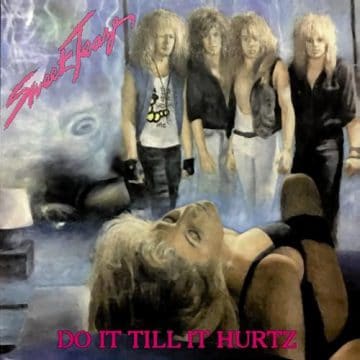 The DDR Music Group and Metal Legacy Records are proud to have teamed up with 80’s sleaze rockers Sweet Teaze to unleash two albums in one. We’ve got 21 smokin’ tracks from the boys included on the 2019 reissue of ‘Do It Till It Hurtz‘.

Jam packed with over 78 minutes of nonstop 80’s rock, the band deliver memorable moments from the get go with the instant classic title track ‘Do It Till It Hurtz’ as well as “Groovin'” and “Don’t Kick Me When I’m Down”…but don’t think they can only Rock as they deliver some seriously great ballads in the form of “How Do You Say Goodbye” and “Broken Heart”. All in all this is one heck of a joy ride for any 80’s glam and sleaze fan!

Rockin’ the motor city from east to west and north to south, the band garnered quite a reputation for delivering high energy shows with hook laden tracks that definitely put the needle right in the groove for fans of in your face high energy music with attitude. Now after 30 long years, the original album has hit the west coast at its new home with Demon Doll Records and it’s officially ready to be reintroduced to the world. If you dig bands like Keel and Tora Tora, we think this album is right up your alley. Grab a copy today and Do It Till It Hurts!

This album comes packaged in an 8 page booklet with lyrics to all 21 tracks as well as being completely digitally remastered.

This CD is silver pressed, officially licensed from the band and exclusively available through Demon Doll Records.”

https://www.demondollrecords.com/products/sweet-teaze-do-it-till-it-hurtz-bonus-tracks-2019-reissue Title track from the 2019 reissue of SWEET TEAZE ‘Do It T…