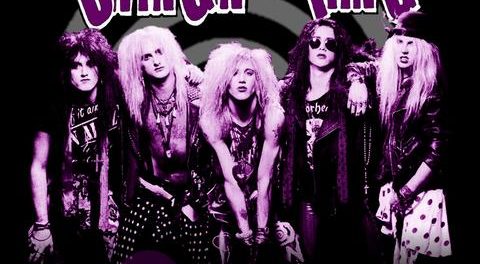 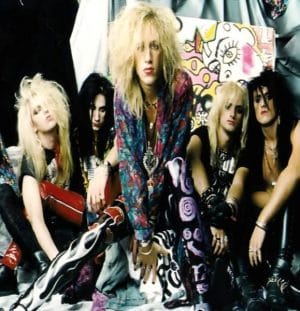 the album as follows (with slight edits):

“Metal Legacy Edition of the top selling release “Desperate Living” by Swingin’ Thing. This release Includes a more expansive artwork package with lyrics to all 18 songs.

Do you want your Swingin’ Thing album with the hits “Avenue Boys” & “Let’s Do With The Lights On”? Well we have it!

We have the original 5 song album remastered plus 13 more classic cuts including “Coconut Cream”, “Pump”, “I Want Your Body”, “Precious”, “Better Left Unsaid” and many more! ‘Desperate Living‘ encompasses every debauchery filled era of Swingin’ Thing from 1989 to 1994.

This is hands down the best Swingin’ Thing compilation money can buy, This masterpiece is silver pressed with 18 classic cuts (hand picked by the band). And of course the boys are offering up one more never released song entitled, “Show You What I Got” and after 75 minutes of pure Sunset Strip decadence, you’ll know what they mean!”

Sleaze Roxx stated the following in its review of Swingin’ Thing‘s Keep On Swingin’ which was released by Sun City Records back in 2005: “I seem to remember Swingin’ Thing as being a mediocre glam band, but there is nothing mediocre about this release. Either I had misjudged the band several years ago, or they matured in the time between their self-titled EP and shortening their name to The Things. This collection is comprised of the group’s unreleased second album Things That Swing and eight bonus tracks, for a whopping seventeen tunes in total. I was shocked at how much vocalist Paul E. Bardot sounds like Rhino Bucket‘s Georg Dolivo at times, while the rest of the band mixes the sleaze of Roxx Gang with the fun pop-metal of Warrant.” 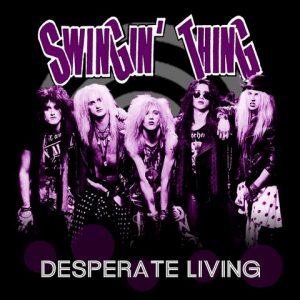 Swingin’ Thing‘s “All That Glitters” video: