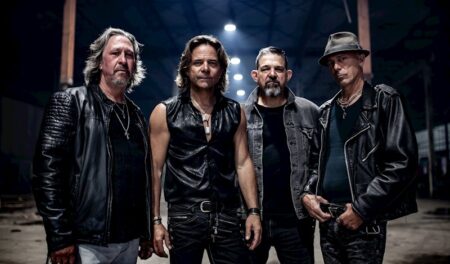 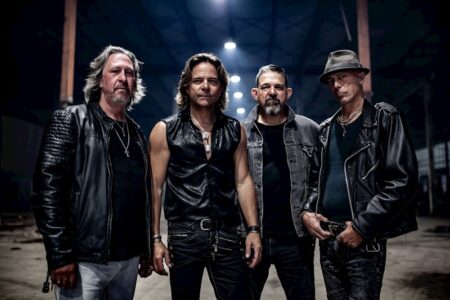 Canadian heavy metal rockers Sword consisting of Rick Hughes on lead vocals, Mike Plant on guitar, Mike Larock on bass and Dan Hughes on drums have unveiled a video for their new single “Dirty Pig” from their upcoming new studio album III, which will be available via Massacre Records on November 25, 2022.

The song is accompanied by an official video that’s available for your viewing pleasure.

A selection of streaming links for the single are available on https://bfan.link/dirtypig-single

The band about the song: “It is an in-your-face-song about abuse of power, abuse of trust and a strong message to society’s real-life villains: ‘Justice, it will come’. A clear warning to those who won’t come clean.”

Sword‘s new album “III” will be released on November 25, 2022 via Massacre Records, you can pre-order it here:  https://lnk.to/swordIII

It will be available as Jewel Case CD, limited edition vinyl LP as well as in digital formats.”