American heavy metal rockers Sylent Storm will be releasing their self-titled debut EP on November 30, 2018 and have released a lyric video for their song “Patriots Of Metal.” 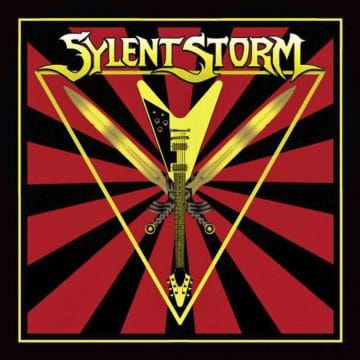 “Just weeks before Stormspell Records releases the debut CD by Medford, Oregon’s Sylent Storm, the 2018 EP has been made available for preview and download via www.sylentstorm.bandcamp.com. Recently, the band launched its official website at www.SylentStorm.com as well.

The self-titled release was mixed and mastered by Doug Hill at 60 Psycho Hum Studios in Medford, Oregon.  In recent years, Hill has become most well-known for his studio work with bands like Helmet, Mastodon, and Scott Kelly from Neurosis. Hill said “As I worked on the tracks, it became obvious that these guys are diehard fans of traditional metal and they did a great job keeping that spirit alive.”

The New Wave Of Traditional Heavy Metal band has been compared to the likes of Atilla, Metal Church and Tokyo Blade plus early Metal Blade acts such as Obsession, Witchkiller and Omen. Incidentally, there is a cover version of the Battle Cry-era Omen classic “The Axeman” on both the physical CD and digital release. According to Harris, Sylent Storm is currently interested in releasing the debut EP on vinyl & cassette as well.”