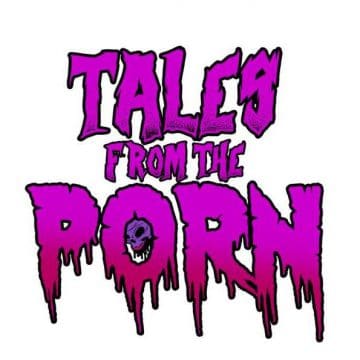 Although the group is based in Brazil, it has enlisted the assistance of Tuff frontman Stevie Rachelle who is handling lead vocals on the album.

The following message was posted by Rachelle on Tales From The Porn‘s Facebook page back on January 6, 2017:

I just wanted to tell all of you I am excited for everyone to hear what we have done with our debut record.

Andy, Bruno, Mello, Ed and Henrique have done an amazing job tracking the songs. And I have done my very best to cut vocals in Los Angeles that I hope you will all dig. 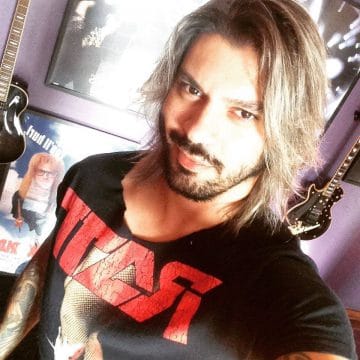 I want to thank the guys in the band for involving me in their cool project and as crazy as it is to think, I’ve NEVER even met any of them! Lol. But, we’ve now recorded an entire record together. How amazing is that? The wonders of the internet and technology.

Also, I hope all had a great Holiday. Speaking of presents and Santa, I recently rec’d a great package of cool swag from Andy! He sent me hats, a killer jacket, t-shirts and a badass vest too! The T.F.T.P. gear is awesome. Once it’s for sale do yourself a favor and order some….it’s killer quality too.

Okay, enough babble from me. I just wanted to send a message to the fans and friends of this band, and post a new 2017 #selfie showing off my new #tftp trucker hat. ;p)

Here is to looking forward and I cannot wait to come play Brazil.