Tango Down bassist Axel K. Gessner joins group Once Around

Tango Down bassist Axel K. Gessner has joined the Madison, Wisconsin based group Once Around who date back only to February 28, 2015 and who have released an EP to date. 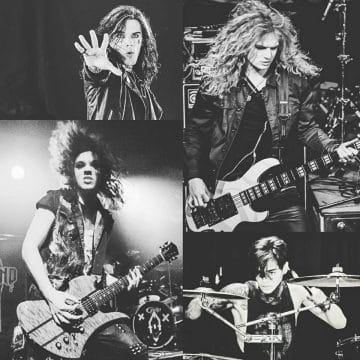 The following message was posted on Once Around‘s Facebook page earlier today:

We have been very busy lately as you can tell, giving you many clues and hints to what’s going on. There has been lots of planning and thinking about what the future holds for us. Yes, we are currently in the studio recording and writing new material and we plan to take our time on it. This is something we set out to create since the beginning of OA with a change of scenery.

That being said, with lots of thought on both sides of the coin we have decided to end our collaboration with Bam Nox and part ways. Welcome new friend, and bassist Axel K Gessner to Once Around. We are very excited to have him be apart of our journey.

We have some shows throughout the next couple of months to get ourselves back in the groove before we hit the road again in support of our next release. This Friday @ The Frequency in our hometown Madison, WI will be the first with the new lineup!
We started this band in early 2015 with big ambitions and have had a very successful past two years. Thanks to our loyal, and growing fan base we can continue to write our story. Everything you thought you knew about Once Around is gone. Bring on 2017. This is #Chapter1

Once Around – Idol (Official Audio)

We all become a little broken sometimes. Remember you’re not alone. Suicide is not the answer. Talk to someone: 1-800-273-8255Lyrics:I gave you everythingWe … 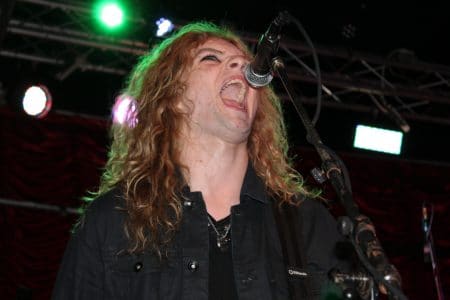 Tango Down‘s last studio album Bulletproof, which featured Gessner on bass reached the #2 spot on Sleaze Roxx’s Top Ten Albums of 2016. Sleaze Roxx stated in that regard: “This is one time where the output actually matched the hype. Prior to hearing Tango Down‘s Bulletproof, I kept reading how great the album was and how it was one of the best records of the year. As it turns out, that is indeed the case. Not many bands could survive having four different lead vocalists when they have only released five albums, let alone thrive under such circumstances, but Tango Down have proven that it is worth making the changes to get it right. I don’t know who recruited lead vocalist Chas West (Lynch Mob, Red Dragon Cartel, Resurrection Kings) into the band. Perhaps it’s the principal (John Kivel) of Tango Down‘s long-time record label Kivel Records or guitarist Scott Miller himself, but whatever the case, it was a great move and the end result is an amazing album that reminds me of the magic that can be heard on Whitesnake‘s self-titled blockbuster album in 1987. Bulletproof is filled with melodies, catchy hooks and stellar harmonies, and is a must have album for 2016.”