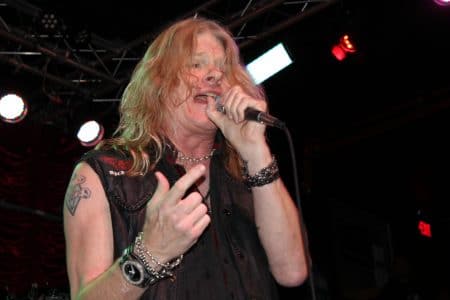 new studio album titled Number 6 on October 19, 2021 on the strength of information coming directly from Kivel Records principal John Kivel. Unfortunately, that date came and went presumably due to the ongoing and unpredictable Covid pandemic, which is still impacting the world in a significant way to this day.

That being said, Tango Down replied to a fan’s (Mike Badaracco) comment on Facebook earlier today that asked how the album was coming along. Tango Down indicated:

“Mike Badaracco it came out great!!!! Album is 100% mixed and mastered. It has officially been handed over to our label ( Kivel Records ) for release. Band photos have been finalized. Last step is artwork. So Spring release , here it comes!”

Tango Down‘s last studio album Bulletproof finished at #2 on the Sleaze Roxx’s Top Ten Albums of 2016 . Sleaze Roxx stated the following in its review of Bulletproof:

“Tango Down‘s latest album Bulletproof has been out for about three weeks now and album review headline after another, it seems that everyone loves the album. I got to say that this peaked my curiosity to hear the album since Tango Down were in the unenviable position of having their fifth studio album with a fourth different singer. Usually that pretty much spells the end of a band. If there is one band member that you want to hold on to, it is the lead singer who often defines a group’s sound.

So how do Tango Down fare with the loss of former Accept and current Bangalore Choir singer David Reece who sang on their last two albums Identity Crisis (2012) and Charming Devil (2014)? Well, they fare very well and in fact, sound arguably better than they ever have. Bringing lead singer Chas West was simply a brilliant move as his voice really fits the polished and mostly melodic hard rock that Tango Down deliver.”