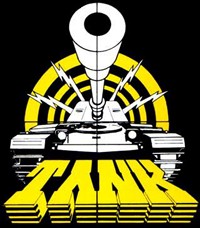 Metal Mind Productions is proud to announce the release of a brand new studio album of the legendary TANK – “War Machine”.

Tank – featuring Mick Tucker and Cliff Evans on guitar alongside three new recruits, ex-Rainbow/Yngwie Malmsteen frontman Doogie White, ex-Bruce Dickinson bassist Chris Dale and ex-Zodiac Mindwarp drummerDave ‘Grav’ Cavill – are back in action and ready to establish themselves once more as one of Britain’s finest rock bands. The band’s seventh studio album is currently in the pre-production stage and, as the band claims: “we think it’s going to be our best album so far”.

The production was handled by Pedro Ferreira (known from his previous work with The Darkness, Therapy?, Meatloaf) and the recording was done at Steve Harris’ (Iron Maiden) Barnyard Studios. A demo version of one of their new songs, “Judgement Day”, is still available to stream on Tank’s official website on Myspace:www.myspace.com/tankheavymetal.

Due to the changed line-up, “War Machine” will combine all the influences and experience of individual band members. Cliff Evans: “We intend to make this a classic British rock/metal album that every fan should have in their collection”.

Full details on the artwork and tracklist to be announced soon.

Metal Mind Productions set up the release date of “War Machine” for 25th October in Europe and 7th December in US (via MVD).