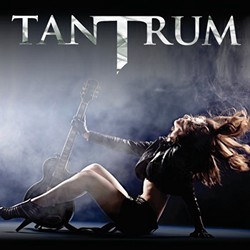 The Hair Metal express just keeps on rollin’, and this time Demon Doll Records has teamed up with early 90’s rockers Tantrum to bring you their jaw dropping nine song CD that will definitely get your blood flowing.

Crank this baby up and wallow in the greatness of the opening track “Sweet 16” and let the record rip. We are sure “Partyin”, “Skydiver”, “Risk Whiskey” and “Next Of Kin” will put you on the highway to the good old days of Skid Row and Dangerous Toys — and let us not forget with every great 80’s band comes a killer ballad and there is no exception here. “Pictures Of Yesterday” hits the nail on the head and should have seen it’s fair amount of airplay in the right place at the right time.

The guitar playing is epic (in a Steve Stevens ripping your skull off type of way) and the vocals flat out kill (in a Sebastian Bach kind of way). So if those two names get you hot and bothered, then we highly suggest you jump all over this release as you will not be disappointed.

If you are looking to slip on the snakeskin’s, hit the Harley and throw the denim over the leather then Tantrum is your band and this is your record.

Officially licensed from the band, Tantrum can be purchased and previewed at demondollrecords.com/tantrum.