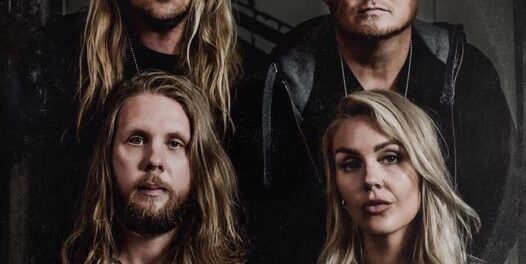 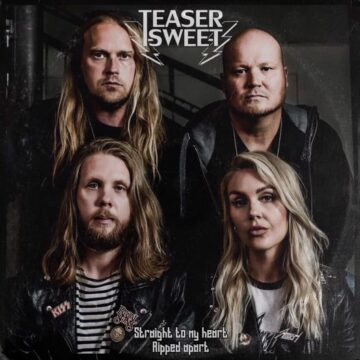 “Teaser Sweet is a hard rock band from Sweden who find their roots in the classic hard rock & heavy metal from the 80’s. The music is crossing between the genres hard rock and heavy metal, packed with all the good stuff: melodic riffs from the electric guitars, thundering bass lines and melodic vocals! Teaser Sweet plays the music that opened your eyes when you were young and reaches out to those who did not know what they have missed. When Teaser Sweet takes the stage, you can expect a show that makes all hips and fists move!

The band’s fourth album ‘Monster’ was released in March 2020. The songs of ‘Monster’ reflect that the band has hit the right track in terms of their sound. Unfortunately, the record was released when the whole world went into a pandemic due to the coronavirus. The band had time to have their release party before all gigs in 2020 were canceled or advanced. The album is recorded at The End Studios by Ulf Blomberg.

In 2018, the band received some new energy for their quartet. With exuberant force and fast feet, Kent Svensson took his place in the band as drummer. In connection with this, the band wanted to release something new and fresh. And that’s the story behind the EP ‘Hypnotized’ (2018), recorded by the eminent Ulf Blomberg, Hobo Rec.

After the first release, the band took the time to write music. The band began to be inspired by what they themselves prefer. From there, the sound on the album ‘In The Night‘ (2017) is influenced by early 80’s hard rock. Recorded by Ulf Blomberg himself, Hobo Rec.

Teaser Sweet was formed in 2013 and during 2014-2015 the band recorded and released their debut album titled ‘Hit & Run‘ (2015). The album was recorded by Ulf Blomberg, Hobo Rec. The album was also released on vinyl and was the start of the band’s career. The sound of “Hit & Run” is straight and clear hard rock, but of the softer kind than what the band later developed.”