American rocker Ted Nugent has unveiled a lyric video for his new single “Come And Take It” from his upcoming studio album Detroit Muscle, which will be released via Pavement Music on April 29, 2022. 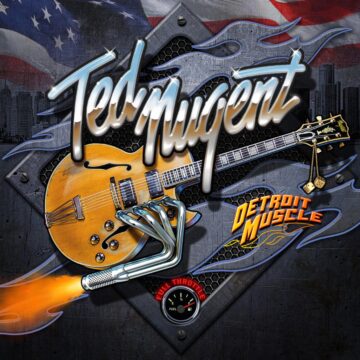 “Motor City Madman Ted Nugent releases his brand new single “Come and Take It.” The song is a powerful, patriotic rock anthem that reminds Americans of our sacred 1rst and 2nd Amendment rights. Rights that Nugent promotes each and every day. “Come and Take It” is the first single from the upcoming album Detroit Muscle, which is slated for release this spring on April 29, 2022. The album is produced by Michael Lutz and Nugent.

Watch the “Come and Take It” lyric video here:

When asked what inspired the new single, Nugent had this to say, “Being the all-time gonzo progenitor of love songs that I am, it is only fitting that I unleash the All-American defiant battle hymn from we the people to punks who dare tread on us. Do you feel the love! Come and take it at your own risk.”

Nugent is primed for the release of Detroit Muscle. He notes, “The mighty Motor City is forever globally known as the epicenter of the ultimate high energy soul-music firestorm, and everybody desperately needs a suckerpunch of Detroit Muscle now more than ever. Relax, it’s good for you.”

Stream “Come and Take It” now on all digital platforms: https://orcd.co/comeandtakeit

Detroit Muscle is available for pre-order on CD, vinyl, and has special t-shirt bundles. To pre-order, visit: https://www.pavementmusic.com/campaign/ted-nugent/

Ted Nugent has carved a permanent place in rock & roll history, selling more than 40 million albums, performing more than 6,750 high-octane concerts, and continuing to set attendance records at venues around the globe. Cranking out hits like “Cat Scratch Fever,” “Great White Buffalo,” “Free for All,” “Fred Bear” and the iconic “Stranglehold,” he has garnered international acclaim. For all things Nuge, visit www.tednugent.com