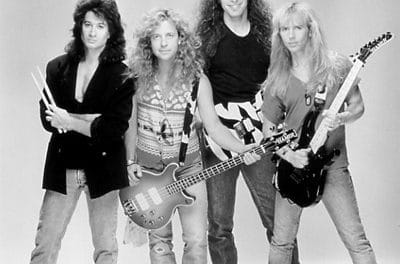 Mosqueda noted that people are interested in some kind of Damn Yankees reunion and it must be gratifying that people love the band so much. 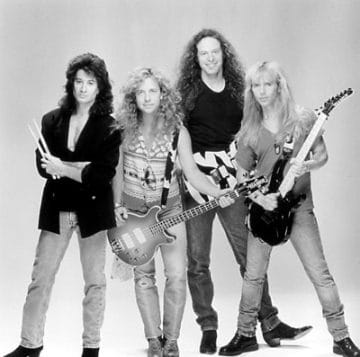 Nugent replied (with slight edits): “Oh, I see it on Facebook everyday, I communicate with thousands to hundreds of thousands of people, at times millions of people! I take that as musical celebration of the music that I have created throughout my life. The Damn Yankees experience was a 100% joyous musical outrage, which I loved every greasy, grimy minute that I loved every second of. When people clamor for it, I get moved, Jack and Tommy [Shaw] speak on a regular basis, we’re hoping like hell that we can get into a room together again. Ruben, the only word I can use for what it’s like when we’re together is ‘magic’. I think I used ‘first piece of ass’ earlier? That’s what this is like! [laughter] I just can’t describe it any better! I’m out doing my thing and Styx and Night Ranger tour regularly, so who knows when it will happen? I can say this, we were all raised with that great rhythm and blues, soul and funk music, we’re more or less paying homage to those musical impirations. I wouldn’t be surprised if we get together soon, before we get too much older, I hope it’s not before we get too much older! Tommy is everything you’d want in a friend, an American, and as a musician, the same goes for Jack and [drummer] Michael [Cartellone]. I can say the same for all my guys! How lucky am I?”

In terms of Nugent having a future collaboration with his former singer Derek St. Holmes, Nugent opined: “Love the record, love that record. He also sang a song on Shutupandjam! too, but as a far as an entire record? I don’t think so. I love him and he’s busy with his stuff and frankly I’m really loving the three piece band. One thing that I’ve become more and more adamant about is singing the songs that I’ve written, that I’m so passionate about. I know I can’t sing like Derek St. Holmes but in the same breath I will say that he can’t sing like I do! [laughs] When Derek was in the band I knew immediately he had to sing “Stranglehold”, I knew immediately that he had to sing “Queen of the Forest”. As a hunter I take in my surroundings, so I do the same with music and I wrote songs that Derek would handle masterfully and the he’d sing much better than I would. Having said that, in all of the years that I have been singing “Stranglehold” I haven’t heard a single complaint about my singing because of the passion that I have for those songs and those lyrics. I might not have a beautiful voice, but I do have ‘monster passion’ and delivery of the lyrics. They’re my statement.”

You can read the rest of the interview with Ted Nugent at KNAC.