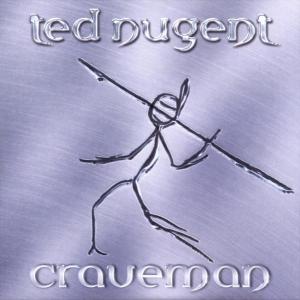 Widely known to the public as “The Nuge”, the artist released over 30 albums in 28 years and played over 6,000 concerts worldwide, becoming one of the most successful musicians in the history of rock’n’roll. Love him or hate him – Ted Nugent is a living rock legend, loudly and proudly living out his American Dream. This exclusive re-release of “Craveman”, the hit solo album from 2002, brings a collection of some of the most savage tunes in Ted Nugent’s entire career. The record seems to capture the pure essence of Ted Nugent’s rich and adventurous life. It’s a heavy, uncompromising, all-American hard rockin’ album, with a modern, yet surprisingly classic sound. This re-release of the brilliant 2002 solo effort brings not only one of the finest LPs in Nugent’s vast discography, but also a true American rock’n’roll masterpiece…

Metal Mind Productions will re-issue “Craveman” on 2nd November. The album will be available in a new digipak edition limited to 1000 copies. Digitally remastered using 24-Bit process on a golden disc.