Danger Danger and Tokyo Motor Fist frontman Ted Poley has decided to embark on one final world tour in 2023.

The following message was posted on Poley‘s Facebook page yesterday: 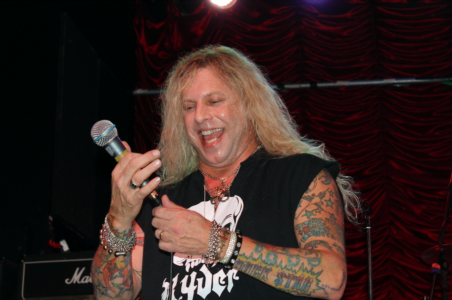 TED POLEY “ONE LAST LAP AROUND THE WORLD TOUR 2023”

Starting early next year in the UK! Details and dates to follow!

I’ve decided to go around this planet one more time to say thank you to everybody for making my dream come true and to sing our songs together one more time! Was hoping to be retired by now but of course the pandemic pushed me back a few years so let’s do this!