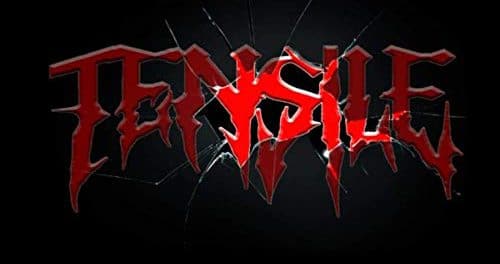 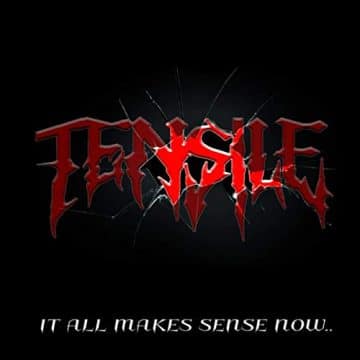 “A group of misfits, nobodies, from different towns on a chance meeting starting with a jam in the cellar of a house on the edge of Birmingham Rd near Lichfield Friary cricket grounds going on form Tensile in the mid eighties…

Brothers Dave (Drums) and Martin (Guitar) with bassist Damon and after about a year, newcomer guitarist Jon “Spider” Allsopp helped formed the foundation of Tensile in a shared studio in Lichfield. We pinched “Spider” from neighbouring band “Kill The Hedgehog.”

Heavily influenced by Metallica‘s’ Black Album (just released) and Manowar‘s Kings of Metal & The Triumph of Steel along with local heroes Scarab and Wolfsbane, the rest was teenage fun.

​Some 30 years later, after being with different bands, Tensile reformed for a one off event but that turned out to be a line up too good to miss. So here we are today with old and new material

It took 30 years but after 5 weeks in the studio getting the LP right, well, it all seemed to make sense.”

A first draft of the Beelzebub Hunts video, still more to do on this but one of the new tracks from the album “It all makes sense now..”