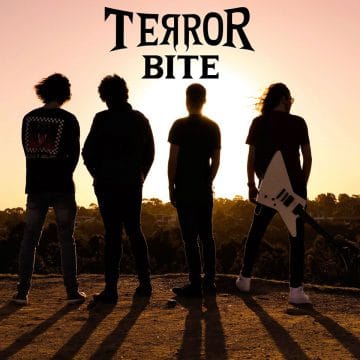 Terror Bite formed in 2018 and released their debut single “Don’t Leave” in March 2019. This track delved into the deep struggles of mental health to promote a message of hope and perseverance during dark times. November 2019 saw the release of the band’s second single, “My Desire” which is about never giving up and pushing your limits to be the best version of yourself.

The band blends hard rock and classic metal sounds from the 80s to create a modern take on the bands that inspired them.”