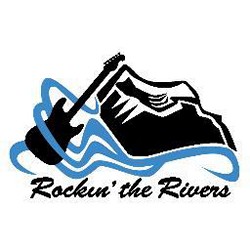 Tesla And Jackyl To Headline Rockin’ The Rivers Festival

Rockin’ the Rivers, one of America’s longest running multi-day rock festivals, is pleased to announce this year’s lineup. 12 national bands, including headliners Tesla, Rick Springfield and Jackyl, will all appear at the festival, slated for August 9-11 at the festival grounds in Three Forks, Montana.

Each day will feature a local opening act and a nationally known tribute band at midnight. On Friday, No Quarter (Led Zeppelin) will close, all-girl AC/DC tribute band Hells Belles will light up Saturday night, and Arch Allies, a band that features the music of Styx, Journey and REO Speedwagon, will shut things down on Sunday. Music will also be presented on a side stage, featuring various local artists between main stage sets.

Rockin’ the Rivers is sure to be one of North America’s biggest classic rock music festivals of the year. 2013 marks the 15th year of music at “the Bridge” and is the largest multi-day rock music festival in the Inland Northwest. With 6 bands performing daily on the main stage, multiple bands playing on the second stage and a campground with a life all its own, Rockin’ the Rivers is the place to be this summer. Festival organizers are very excited to be bringing Rockin’ the Rivers back to the state of Montana and making Three Forks the vacation destination for rock fans from around the world.

Rockin the Rivers’ fans are able to purchase tickets at two price levels: VIP and General Admission. VIP tickets include access to VIP area in the arena with limited shade and seating as well as complimentary non-alcoholic drinks and malt beverages. General Admission tickets are also available for open festival seating.

Rock and Roll is all about attitude. Some people get it and the rest just stay home.