Tesla started their upcoming Shock USA Tour at the Mystic Lake Casino Hotel at Prior Lake, Minnesota, USA on February 1, 2019 and have changed up their setlist from that night as the recently posted setlist for their gig at The Pageant in St. Louis, Missouri, USA on February 8th attests to. The songs “Breakin’ Free”, “Stir It Up” and “Edison’s Medicine” were replaced with “Need Your Lovin'”, “Caught In A Dream” and “Cumin’ Atcha Live.” 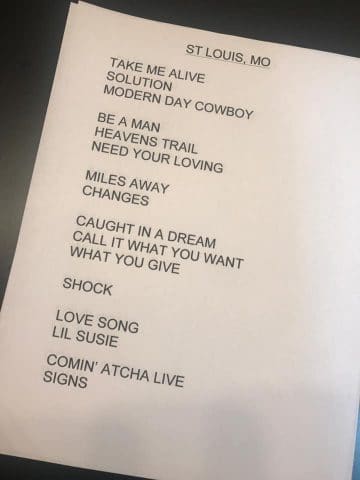