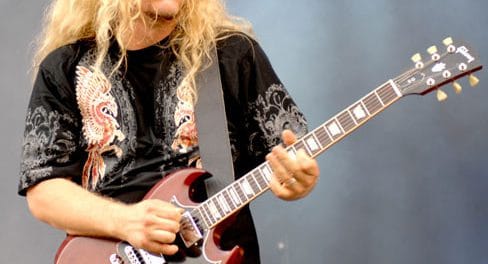 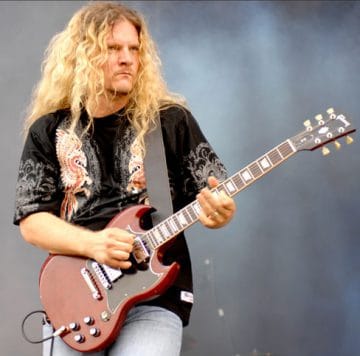 Tesla‘s long-time guitarist Frank Hannon was recently interviewed by I’m Music Magazine and was asked how the band has been able to keep it together and going throughout all these years.

Hannon replied: “Well, there are several reasons my friend; alcohol and attitudes don’t mix very well. We’ve taken alcohol out of the mix on the bus and in close quarters. We’re all living in tight quarters and when everyone’s boozing, it just causes a lot of problems. That’s one part of it and the other part of it is appreciating what we’ve got. We come from very humble beginnings; we’re a small town band from Sacramento and we’ve worked very hard to get what we’ve got. So, we’ve got a strong work ethic, but a lot of bands and musicians are very lazy. The third part of it is the songs; if it wasn’t for the longevity of the music and the fact that the fans are still loving the songs that we wrote. We’ve kept the songs as real and from our hearts as possible and I thank Jeff (Keith) our singer for that. His lyrics are always so genuine and he’s such a genuine guy that I think the longevity of the band comes from the sincereness of the music and the songs.”

You can read the rest of the interview with Hannon at I’m Music Magazine.