Tesla‘s long-time guitarist Frank Hannon will release a new solo album consisting of covers and entitled From One Place… To Another Vol. 1 on January 26, 2018. Hannon has also released a video of his Allman Brothers Band cover of “Blue Sky” featuring Duane Betts.

Hannon also started a PledgeMusic fundraising campaign for the album where it is stated: 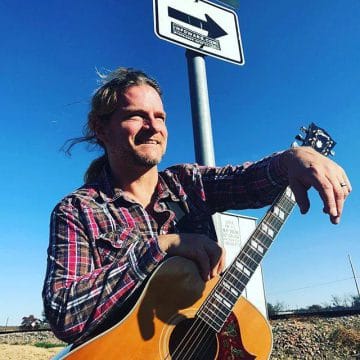 “I started this project a few years ago and it has evolved substantially with the help of my friends. What started as learning a few songs to sing turned into multiple albums of cover songs, tributes and collaborations with many inspirational artists. I have recorded well over 30 songs which I’ll be sharing as EP’s & albums over the next few months.

The main purpose here for me was to learn how to sing lead vocals and find “my” own voice!

As a songwriter, lead guitarist and founding member of TESLA, I have always admired and had a passion for singing! The songs that I contribute to Tesla, including “What you Give”, “Gettin’ Better” and “Love Song”, have always had an acoustic, country or bluesy vibe to them. I love to sing and my father-in-law Dickey Betts encouraged me to step up to the microphone with guitar in hand. He sang many hits in the Allman Bros Band and ‘Blue Sky’ is one of my all time favorites.”

I recorded the majority of the songs while on tour with TESLA in dressing rooms, hotels, buses and even bathrooms using a handheld recorder, then bringing home the digital files to mix and embellish in my studio. I also went to friends’ houses with this recorder to capture performances as well as collaborated and traded files over the internet.

Besides me singing lead vocals and playing guitar, the songs on Volume 1 of “From One Place… to Another” features special guest appearances by Paul Jackson (Blackberry Smoke), Duane Betts (son of Dickey Betts of the Allman Brothers Band), Matthew and Gunnar Nelson (sons of Ricky Nelson), Roger Fisher (original Heart guitarist) and many others.

Each song and mini-album are VERY different from one another, as are my musical tastes…. and they have challenged my voice to go “From One Place…. to Another”. Needless to say, that album title has MANY meanings for me! 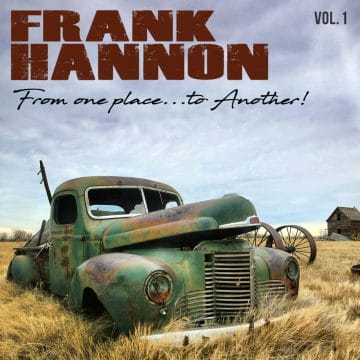 OK I hope you enjoy!

“From One Place…To Another” Vol. 2 available on May 18 – Pre-order ► https://www.pledgemusic.com/FrankHannon”Blue Sky” written by Dickey Betts, featuring hi…