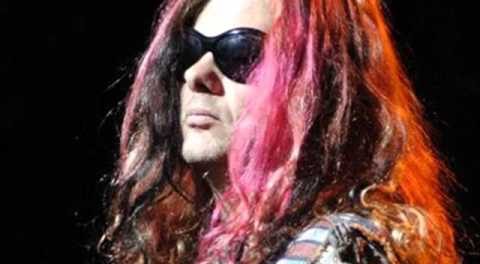 Tesla‘s former and long-time guitarist Tommy Skeoch was interviewed by Eddie Trunk last month and opened up about his drug problems and his departure from the band.

Skeoch stated: “Most of the time, I was just strung out on a lot of dope. That’s what it came down to. I went a few times but the last time was 2006. It was the last time and probably the final time. I can’t imagine me going back there and doing anything… I think they’re happy. I think like the new guy [Dave Rude] probably got just a real nice disposition. He’s probably a real nice guy and I was kinda still not grown up and I still am not to a degree… I was more like a sex, drugs and rock n’ roll type of dude. That’s how I lived out there you know.” 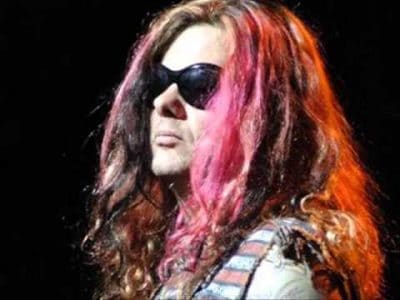 With respect to not being in the band anymore, Skeoch stated: “People on my Facebook page are all the time saying, ‘Oh! Tesla‘s not the same without you. They’re missing your edge.’ And that might be true but you know what? You take away any guy from an original band and I believe that that chemistry changes, no matter what it is. I just happen to bring that, that type of thing to the band.”

Trump mentioned how he saw Tesla at one point in New York as a four-piece during one of the time that Skeoch had left but not yet been replaced. Skeoch added: “Well, that was just one time. I — They — after the first time I left, and then it was on the road and I was getting it on and they were like ‘Nah. We’re not going to have this.’ So they just continued the tour, that particular tour. So there’s one tour where half, Frank [Hannon] just did. And I hear he did a great job covering but you know, it was not the same.”

Skeoch was asked by Trump whether he was fired or left the band in 2006 to which he replied: “It was ummm. I bet I was fired. I would say. It was like at that time, I was being vocal about. I didn’t know if I wanted to go on being in — because we were turning into a nostalgia act at that point. And that’s OK. There’s nothing wrong with that…. Something about me knew that me being out there with all their down time, and then doing a show, and then down time, and then doing a show the next night and then a day off. Just a lot of down time. It was not easy. For whatever reason, my head just couldn’t take the down time. It was killing me.”

In terms of when things turned for him, Skeoch stated: “They did everything they could. They wanted to keep me around of course. But I just wasn’t there yet and wasn’t having it. But yeah! During the whole life of Tesla, oh! We were [laughs] crazy man! I mean smoking, drinking, snorting, doing but it didn’t get out of control ’til sometime like in the middle, the middle ’90s for me, I started going off deep. And I mean doing some really. At first, it just started doing some heavy pharmaceuticals and then by the time I left that last time, those guys have no idea how bad it got. It got worse. I mean, I was sticking needles in my arm the last time I left. I wasn’t even doing that the last time. So it got way worse before it got better.”