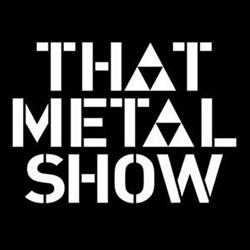 The hard rock/heavy metal community has spoken! VH1 Classic’s centerpiece in original programming “That Metal Show” debuted the latest season to record numbers for 2013. The Season 12 premiere aired on Saturday June 1st and is the cable channel’s highest rated telecast of 2013 to date.

The show is hosted by radio/TV personality Eddie Trunk and comedian/TV personalities Don Jamieson and Jim Florentine. The latest premiere welcomed former Metallica bassist Jason Newsted to the show for the first time. The episode garnered a 143% increase in viewership over the Season 11 premiere that debuted last August 2012. Also appearing on the season premiere was guest drummer Carmine Appice, a “Metal Modem” segment with Hatebreed singer Jamey Jasta and the Season 12 return of “Stump The Trunk” to name a few. The premiere episode is available online and can be viewed at on.vh1.com/TMS1201.

“It’s great to know the faithful fans didn’t forget about the show after such a long layoff from new episodes. It’s been an amazing run on VH1 Classic that just keeps getting bigger and better,” states host Eddie Trunk. “Thanks to all the viewers for watching and making That Metal Show the flagship program for VH1 Classic! You guys rule and I hope you enjoy the next seven all new shows featuring more new features, guests, and the return of some older features as well.”

This week’s episode welcomes Stone Sour/Slipknot vocalist Corey Taylor back to the show with Stone Sour guitarist Josh Rand who makes his “That Metal Show” debut. The band sits down with Eddie, Don and Jim and discusses their latest releases ‘House Of Gold & Bones Part 1 & 2’. The guys discuss the ideas behind releasing the albums 6 months apart, the unique packaging ideas for the album and even share a story about a New Year’s Eve with a drunken Meatloaf. A sneak peek of that story can be seen at on.vh1.com/sneak1202. Also, the latest episode features the return of the TMS Top 5, a “Metal Modem” session with drummer Dave Lombardo known for his work in Slayer and Philm and an “Origins” segment with Guns N’ Roses guitarist Bumblefoot. The guest musician for episode 2 is guitarist Richie Kotzen. The episode airs at 11:00PM EST/PST.

“That Metal Show” premiered on VH1 Classic in November 2008 and since then has become the only place for all things hard rock and heavy metal on cable television. The show has been visited by some of the biggest names in hard rock and heavy metal including members of Black Sabbath, Aerosmith, Metallica, Pantera, Judas Priest, Anthrax, Kiss, Iron Maiden, Pearl Jam, Queensryche, and Heart. Fans can also catch the complete season 11 and bonus clips at ThatMetalShow.VH1.com.