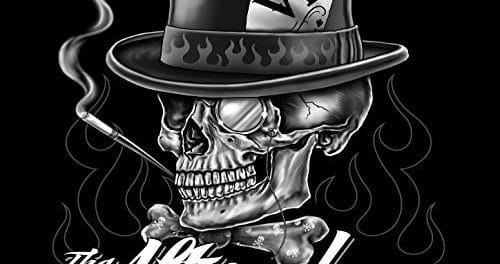 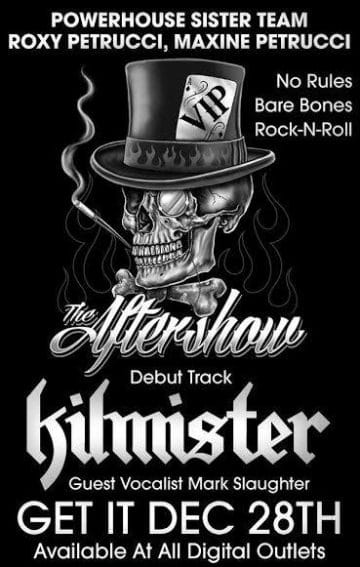 A new group is upon us by the name of The Aftershow and it features Vixen member Roxy Petrucci and her sister Maxine Petrucci.

The Aftershow have released their first single “Kilmister” which features special guest vocalist Mark Slaughter and which is a tribute to Motörhead‘s frontman and leader Lemmy Kilmister who passed away one year and one day ago on December 28, 2015 at the age of 70.

The following message was posted on Vixen‘s Facebook page yesterday:

“Check out the new song KILMISTER written by Roxy and Chris Fayz. This is a special tribute to the one and only Lemmy Kilmister.”

Slaughter had previously advised about The Aftershow‘s new single “Kilmister” during a video that he posted on Facebook where he was quoted as saying:

“Also, Roxy [Petrucci] from the group Vixen has a project with her sister Maxine [Petrucci]. It’s called Aftershow and I did a couple of songs with them. One was a tribute to Lemmy and that will be out December 28th, 2016 and as well, there’s going to be like some vinyl that’s going to show up I think in Europe next year. But in the meantime, I wanted to say thanks to everybody for being a part of the contest on my page and for all the years, all the love and all the good times that we have shared. I’m going to give you little snippets of stuff that I have been working on and hopefully you’ll enjoy it, ok? See you next year. Merry Christmas or Happy Holidays!”

A new, interesting collaboration experience is coming your way.VIP AFTERSHOW, an incarnation founded by and featuring the powerhouse sister team ROXY PETRUCC…