The Aviators release video for new song “Goodbye To The Rain”

Canadian hard rockers, The Aviators, have released a video for their new song “Goodbye To The Rain” from their fourth album Flowers And Moonshine.

The Aviators describe themselves in part as follows on their website (with slight edits): 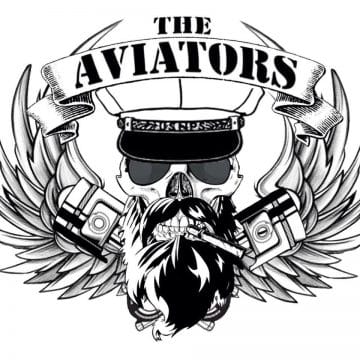 They are the 2015/2016 Cathouse Live/Hair Nation Festival Battle of the bands winners!…

2016 saw the band reach new heights! Bigger stages, bigger venues and bigger crowds as they press on in their quest for rock and roll supremacy in 2017!

In May of 2014, they opened for the hard rock trio California Breed (Glenn Hughes, Jason Bonham and Andrew Watt) at The Whisky A Go Go. The Aviators have proven that not only can they write great songs and entertain a large crowd, but they can hold their own as a headlining act anywhere! In May of 2014 and April 2016, the band headlined the nation’s largest Relay for Life event in Bakersfield CA. With 80-100 shows a year including corporate events, private parties and casino gigs, they showed no signs of slowing down!

2015 broke new ground for the young rockers as they went international breaking out in Vancouver and Toronto.

Currently playing up and down the California coast and Canada, they are a hard rock band that doesn’t pull any punches. Powerhouse vocals, dual Les Pauls and a thunderous rhythm section round out this raw and supremely talented group of young dudes!

With 4 full length albums, 50+ original songs and a music catalog spanning over the last 7 decades, The Aviators are seasoned veterans of the rock and roll stage!

Drawing around 150-200 people locally, The Aviators are regulars at the Whisky A Go-Go, playing there 12-13 times in 2014, and also playing the Los Angeles Marathon and the San Diego Half Marathon for around 50,000 runners.

Their song “Wolfman” has been featured on 106.7 Rodney on the Roq with legendary DJ Rodney Bingenheimer and on http://www.knac.com/index.asp with DJ Will

The Aviators’ “Goodbye To The Rain” video:

The Aviators: Goodbye to the Rain

Check out The Aviators new song, “Goodbye to the Rain” from their fourth album “Flowers and Moonshine”. Filmed by Hectic Films and directed by Rickey Bird. L…