The Bad Somethings featuring guitarist / vocalist Leo Davidson and drummer / vocalist Kenny Richie have started working on their sophomore studio album to follow up their self-titled debut record released back in October 2018. 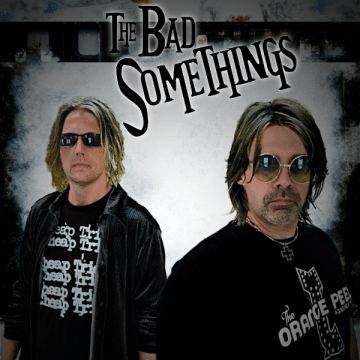 “Squib Kick Records is proud to announce that The Bad Somethings are ready for a return to the studio and currently in “pre-production” for their second album. After the release of their debut last October, the band has been quite enamored with the response from rock fans, social  and media outlets.

“It’s been great hearing from fans of our music! Folks just seem to be contacting us everyday telling us how they stumbled across our album and enjoy the music style we play,” states drummer Kenny Richie. “It never ceases to amaze us how many people hear the different influences in our music. Well, we really wore our influences on our sleeves for that album and I think that struck a chord with people. The next LP will probably not really be much different in terms of the way we record it, but we’ve got a few new ideas up our sleeves and we are looking forward to getting our next album ready. Our debut was only a “digital” release last year, but we are hoping to get this one pressed up and have “physical” copies available. The demand has been pretty big for that! We’d like to thank the various radio stations, podcasts and magazine reviews for help promoting our debut record.””