The Black Marbles made the following announcement on their Facebook page last month:

“Good news! On March 31, 2016, we release our ‘Best Believe It EP‘ on both 10″ vinyl and CD. Both editions is strictly limited to 300 pcs and the vinyl will be hand numbered. Preorders are up now. Plese visit http://theblackmarbles.tictail.com/ Don’t miss out! When they’re gone they’re gone… These versions of the songs will not appear anywhere else.” 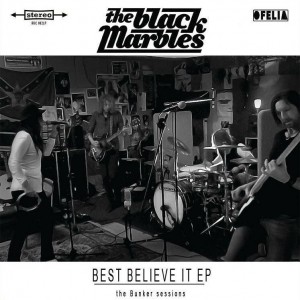 Sleaze Roxx stated the following in its review of The Black Marbles‘ Made In Concrete album released in January 2013: “The headline on The Black Marbles‘ Facebook page claims they are ‘classic rock with groove, energy, heart & soul’, and fortunately for me it’s every bit true. This is my first exposure this unique Swedish band and noticing that they list their influences as Bad Company, Free, Humble Pie, Faces, and the Rolling Stones it’s easy to see where these guys get their motivation on these songs from.