The Blackfires to release new album ‘Rock Beast’ next month

The Blackfires are set to release their new album Rock Beast next month and have an album release show scheduled at the Gramercy Theater in New York, New York, USA for March 10, 2017. 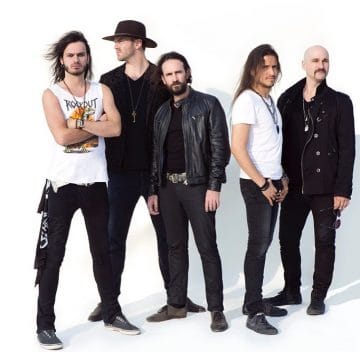 Street Smart Management‘s press release for The Blackfires states (with slight edits): “With members from the UK, Russia, Spain, Uruguay and NYC, The Blackfires truly are an international band. Between them they are PhD educated, hold degrees from Oxford and Columbia, are trained in philology and film-making, and the list goes on.

Yet, as accomplished as they are in other fields, music is their forte. Pulling off Deep Purple’s opus “Child In Time” and the odd Led Zeppelin cover to a tee are just some of the things to expect from The Blackfires.

Leading the band is Muscovite Andrey “Cheggi” Chegodaev with a voice and onstage antics that are immediately recognizable and captivating. Plant, Gillan, and Jon Bon Jovi all come to mind but there’s definitely something unique about Cheggi’s vocal stylings. Glenn Hughes even commented “you sound like a girl…in a good way.” 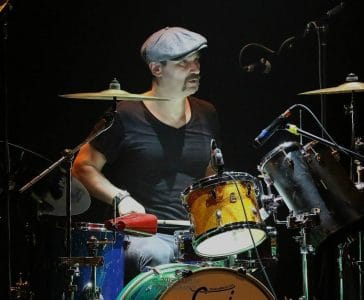 which really draws the listener in and provides the perfect accompaniment to Chegodaev. Also on guitar, Spanish born Hector Marin employs his more schooled approach to deliver intricate leads and rhythms, evoking Iron Maiden & Thin Lizzy in the process. Uruguayan Grasebo Doe is a rock-solid rock bass player, enough said really. Lastly, American Joe Mitch is the secret weapon in The Blackfires’ arsenal. Aside from delivering consistent and crushing rhythms on the drums, he also sings and adds the odd guitar solo to a track or two. A true asset to the band.”

Speaking to Sleaze Roxx, drummer Joe Mitch stated: “Some of our most notable accomplishments have been opening a show for Aerosmith in the Olympic Stadium in Moscow, Russia. We’ve played at prestigious local venues Trocadero, Legendary Dobbs, Liberty Music Festival in Philly. Also opening shows in NYC for the band Europe, Skid Row, California Breed (with Glenn Hughes and Jason Bonham), and Whitford St. Holmes and played at Loudwire Music Festival in Grand Junction Colorado, Rock Fest in WI, Jersey Shore Festival in Seaside Heights, NJ and The Whiskey a Go Go in Los Angeles.”

The Blackfires‘ “Can’t Get Over You” video:

The Blackfires – Can’t Get Over You (Official Music Video)

Official music video for “Can’t Get Over You” – Loudwire premiere link: http://loudwire.com/the-blackfires-cant-get-over-you-exclusive-video-premiere/Lyrics:…